Travel Through Jaisalmer Tour Packages and Bask in Its beauty

Picking the Right Developer in the UK

The most effective method to Oversee Business Development Costs Admirably

7 Features About Gaming Tablets That Will Impress You

Mobile gaming is a business that is huge and is growing even further. The smart tablet industry is expanding on a scale hitherto not seen before with new models available every month with better features and performance capabilities than the previous one. It is safe to assume that the craze for tablet devices was fueled by the launch of the iPad in 2010. It became a replacement for computers with a touchscreen interface.

Today even the most experienced gamers are looking to shift to gaming tablets instead of continuing on handheld consoles for a rich and immersive gaming experience. This is being supported by the gaming tablet manufacturers as well.

Here we are going to discuss some features available in gaming tablets that are sure to make your head turn.

The OS is perhaps the most important factor to consider while purchasing a gaming tablet as it is the deciding factor for which games you can play and which accessories will be supported by your tablet. The three most used operating systems in gaming tablets are:

Since gaming activities require high-end processing and gaming tablet devices are smaller in size as compared to their laptop or desktop counterparts, you will be amazed to know that gaming tablets feature some of the most powerful processors developed for hand-held devices.

Gaming tablets primarily use the variation of ARM processors offered by companies such as Nvidia, Qualcomm, and Texas Instruments. Apple iPads come with the AX chip developed by Apple itself while Android gaming laptops make use of the SoC (system-on-a-chip).

Traditional desktop PCs relied more on the GPU than any other component for graphical processing. GPU options for gaming tablet are different compared to desktop computers. More than often, integrated GPU systems don’t provide the highest quality in graphic resolution. Instead, gamers have to rely on a dedicated GPU.

Disk space is an important factor to consider when selecting a gaming tablet as it will decide how many games and apps can be installed on your tablet. In most systems, the OS itself occupies 4GB of storage which means that a tablet with 16GB of storage provides you only 12GB worth of usable disk space. This space can get occupied pretty fast if you download HD movies and install games and apps on your tablet. You should ideally look for a tablet that offers expandable storage options.

Battery life is variable for different tablets but you can safely assume that 10 hours is the minimum run time offered on a single charge. An intensive gaming experience causes the battery to last for a lesser time. You should not charge your device while gaming as it can overheat your device and lower the lifespan of the battery.

While laptops are often designed to be lightweight, thin, and usable in a wide range of environments, some tablets tend to be on the heavier side owing to their build quality. Good tablets will weigh less than 2kg, while the best ones weigh usually under 1kg.

The display is another very important aspect if you want to purchase a gaming tablet as the screen size and resolution will define the user experience for you. While tablets can provide a clear and crisp display at a resolution of 720p, it is best to have a minimum of 1080p resolution for a gaming tablet. Also, a 7-8 inch screen size is optimum for a tablet, although some tablets might have a bigger screen size.

No matter if it’s a low-end or a high-end product, quite many features are common to gaming tablets such as a processor, operating system, VRAM, screen resolution, RAM, and storage. Whether you want to play games just for fun, or you are a serious gamer who plays to win, there are devices available to suit your needs.

You can find a great collection of gaming tablet devices on the Bajaj Finserv EMI Store where you also have the option to buy a tablet on EMI. The EMI Store will provide you many choices that will allow you to choose from among the best. 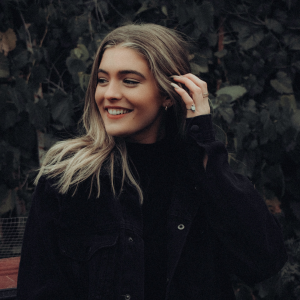 One of the contributors to this website is Sam Dilan. She has written articles for a long time. She is also an expert in search engine optimization (SEO). You'll be able to find her name mentioned in a lot of different news, <a href="https://articlesposts.com/">articles posts</a>. She is a well-known author of this current generation. <a href="https://www.blogwi.com/">Blogwi</a> is the name of the website that she created herself.

Positive Impacts of social media on the Music Industry

Which started things out, the versatile application or the crowd?

Travel Through Jaisalmer Tour Packages and Bask in Its beauty

Picking the Right Developer in the UK