After the mid-90s, Dubai‘s nightlife has changed dramatically, and party animals will discover that this broadly rich city has a lot to deliver in terms of nighttime activities. The Dubai party scene is mostly confined to local hotels, as these properties have a license to serve alcohol in pubs, lounges, and clubs. Mainly people of Eastern and Western descent are mixed in crowds. The busiest nights are Thursdays and Fridays in Dubai, Thursdays are the last day of the workweek and Fridays are the weekends of most. In the guide, we have discussed how nightlife in Dubai is exactly like/

So, if you are intereste in nightlife in Dubai, find a place to stay in villas for sale in Palm Jumeirah.

From the music to the place, nightclubs in Dubai provide memorable experiences and one of the most famous is a 360-degree bar and club. Few clubs will match the legendary 360-degree bar and club, which is situate on a rooftop terrace at the end of a pier in the Arabian Gulf. The club, as its name implies, provides breathtaking views of Dubai’s scenic shorelines as well as the Burj al Arab in the background. 360o attracts well-known foreign DJs from all over the country, making it the ideal place to unwind with a cocktail and listen to cool tunes until the early hours of the morning.

Partygoers can choose to club on Nasimi Beach, an artificial beach set 7 kilometers out to sea, for a one-of-a-kind night out that can only be found in a lively city like Dubai. On weekends, Nasimi is a hopping nightclub, but on weeknights, it’s a chic surf bar. Trilogy, situated in the Souk Madinat Jumeirah, is one of the best places to visit for modern music lovers and hosts some of the best DJs every week.

For those that want to start drinking earlier in the evening, there are several places that combine restaurants, pubs, and clubs under one roof, eliminating the need to deal with traffic and parking, which can be a headache, particularly on weekends. The Pyramids at Wafi City, Madinat Jumeirah, and The Walk at JBR (Jumeirah Beach Residence) are among the city’s liveliest hotspots, providing a one-stop entertainment destination for people who like to have fun at night.

Although many other states in the UAE, such as Sharjah and Abu Dhabi, prohibit non-Muslims from drinking, non-Muslims are permitt to do so in Dubai. The legal drinking age is 21, and all bars and nightclubs follow stringent ID-checking protocols. A passport is the appropriate means of identification for travelers, although the newly adopted Emirates I.D. or a driving license would work for UAE citizens.

Men wearing sneakers, flip-flops, shorts, or other casual clothing would not be admitt to most nightclubs in Dubai. Women, on the other hand, can wear whatever they want depending on where they are in the city. If you want to visit any of the more sketchy bars or clubs in Deira or Bur Dubai, it is advise that you dress quite modestly.

Until around a decade ago, most nightclubs in Dubai were free to enter, with only the most popular clubs charging a cover fee. However, as the nightlife scene has flourished in recent years, clubs filled with world-class DJs and artists, plan to spend about AED 200 at these places. A free drink is also include with this fee at most places.

Dinner can be accompan by a trip to one of Dubai’s many world-class movie theatres, which can be found in almost all of the city’s malls. At the Mall of the Emirates’ 14-screen cinema, you can order food to your seat, or at the Ibn Battuta Mall’s IMAX theatre, you can watch a 3D movie. If you’re in Dubai during the cooler months, Wafi’s rooftop garden terrace hosts a movie under the sky every Sunday from October to May. The films are old classics, but the activity is affordable, and you can eat popcorn and hotdogs on comfortable sofas in the core of the area.

This is all from our side. We hope that you now have a clear mindset about the nightlife in Dubai and planning to enjoy a night out with your friends or family members. Find luxury villas for sale in Dubai and enjoy the luxury that it has to offer. 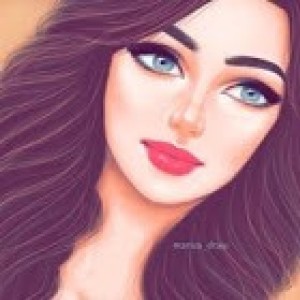 Ways You Can Make Your Workspace Secure